Home » Blogging » Should you normalize audio

Should you normalize audio

The term “normalization” is tossed about a lot in the music business. If you’ve ever heard it, you’ll know that it’s related to the volume of the sound.

Producers and performers are always at odds about how loud a song should sound. When listened to over a pair of speakers, artists always want their music to be louder than their competition. As a result, the whole industry has begun to strive for more volume.

The only thing they speak about when they talk about loudness is limitation. Normalization, on the other hand, may be a fantastic instrument for perfecting a track and pushing it to its maximum limit.

There are occasions when the normalizing procedure is called into question since it might cause noise and distortion. Finding the spots where normalization is most needed and removing the other standard mixing strategies, which will be covered in more depth later in this article, is the ideal way to employ it.

When it comes to mixing a song, you should certainly normalize your audio. This pushes the music’s loudness and makes it constant by increasing the ideal level throughout the song. Remember that after normalization, you should not apply limiting to your music because this may cause distortion.

In this post, I’ll show you how normalizing is utilized in the audio production industry and how you may use it to your benefit. Let’s get this party started. 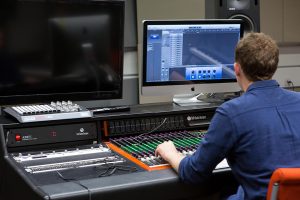 What is the definition of normalization?

Normalization is a technique for increasing the volume of any audio to a preset maximum without clipping. W

hen you normalize audio, your program will look for a peak level in the file and shift it to the set maximum level.

Clipping is the worst enemy of music producers and audio engineers. This is due to the fact that clipping removes the song’s true substance and detail.

When it comes to perfecting a music, normalization is one of the most fundamental methods to learn. It’s one of the oldest methods for increasing the volume and clarity of a music on any speaker system. Then there are new approaches like limiting and clipping to consider.

In today’s environment, limiters and clippers are widely employed, whereas normalization is becoming less popular.

People are mixing and mastering their tracks with digital tools. Over the last 20 years, the use of hardware normalization has also begun to decline.

One of the reasons why people don’t employ normalization is because the music can’t be pushed too much. Normalization entails not even a slight cutting of the song, but rather making it sound loud. When you need particularly loud noises, this method is unsuccessful.

Even Nevertheless, when it comes to mixing a song, normalization has a place in the business. There are several instances where normalizing the song rather than restricting or cutting it is preferable. 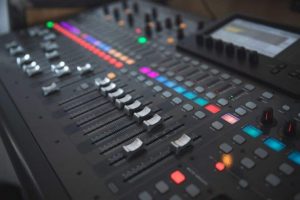 What is the process of normalization?

Normalization is a technique for totally avoiding clipping in music. When some songs are written, the volume restriction that is necessary for mastering may be exceeded.

When this happens, producers strive to lessen the loudness of individual parts or, if that isn’t possible, compress the material to fit it into the mix.

Both may not be feasible at times, as the track begins to clip. The normalizing effect kicks in at this point. It reduces the dynamic range between softer and louder sounds, which helps to minimize clipping.

Normalization was initially used in hardware devices, such as loudspeakers, to boost the level towards the conclusion of a delivery to make it sound louder. Later on, it began to move toward production systems.

In the late ’80s and early ’90s, producers used normalization to raise the volume of a song. This explains why most music from the 1980s and 1990s lack dynamic range.

When software instruments and music production software became popular, everything changed. They significantly overhauled the mixing process and eliminated the need for normalization.

Over the previous two decades, this has been the case. Normalization is still employed in digital production systems to make individual tracks sound loud and clear without clipping. 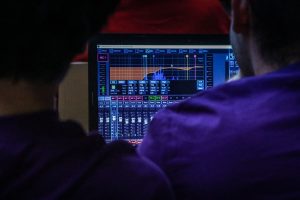 Advantages and disadvantages of normalizing

When you add normalization to the mix, the first drawback you’ll notice is that you won’t be able to push the music to its volume limitations according to today’s streaming regulations.

Hardware systems employ normalization methods, which are inferior to limiting and clipping systems.

When compared to normalization, limiting and clipping provide more to the mixing and mastering engineer in terms of making the music seem loud. The only time normalization makes sense is when there is a little amount of room to increase the track’s volume without clipping or generating distortion.

This is one situation where normalization may be used to bring the quieter portions of the music up to level with the rest of the song.

Another downside is that you cannot use a limiter to increase a song with extremely little head space since you will lose detail. This is where you’d think a tool like normalization would come in handy.

This isn’t always the case, because normalization removes the capacity to boost RMS and decreases the dynamic range of the music, making it less engaging. 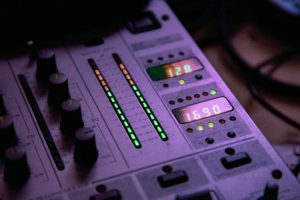 What is the finest music database?

The music we listen to on streaming sites like Spotify and Apple Music has a maximum volume of roughly 0db RMS and does not exceed that level. The number is roughly -14LUFS in terms of loudness. In digital platforms, the LUFS unit is used to measure the loudness of a sound.

Should I master before normalizing?

It all depends on how the music is currently mixed. It’s preferable if the music is normalized if it sounds open and contains a lot of low-volume parts. It’s advisable to forgo normalizing and move straight to mastering if the music has already been pushed to its limits in mixing.

What is the purpose of normalization?

Normalization is used to ensure that all of the elements in the music sound balanced. This is a technique for removing extremely quiet areas of a song and bringing their loudness up to par with the song’s louder sections.

As a newbie in music production, this may be extremely helpful in balancing a song so that it sounds excellent on any speaker system.

Why does my Spotify playback sound strange?

There are a variety of reasons why your uploaded song sounds strange on Spotify. The normalization or limitation that occurs in the Spotify online platform, which pushes your music to its boundaries, is one of the key causes.

This results in quality loss and distortion. The sound you heard in your audio producing software will not be replicated. As a result, the RMS value for the base should be about -14LUFS. 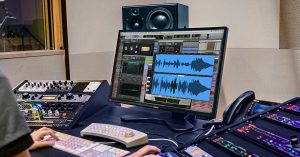 In the world of music production and mastering, normalization is a crucial process. It’s critical to review all you’ve learned about mixing and mastering before beginning to mix an audio recording.

It’s a matter of trial and error whether you use a technique or not. Unfortunately, this is the most effective method of learning. You’ll learn which one works and which one doesn’t as you gain experience.

It may be simpler to explain something if it is visual. When it comes to audio, though, it’s far more difficult to point to things and declare if this is the case. The easiest method to learn normalization is to apply it to every track and see the results.

If you’re new to mixing and mastering, start with effects and plugins before moving on to more advanced features such as normalization and limiting.

← How To Build A Subwoofer Box To Specifications What Is Convection In Microwave? →